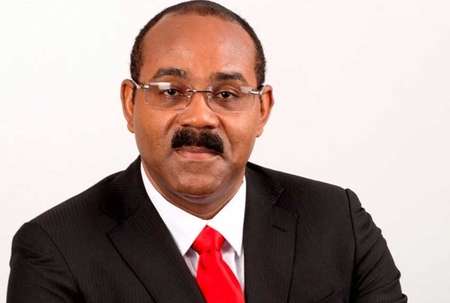 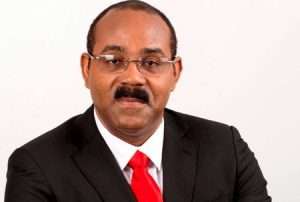 CMC –  Prime Minister Gaston Browne says his government has deployed “the  investigative expertise of law enforcement” to determine if there could be any evidence to support a claim by a Guyanese-born mother that her twin girls were allegedly abducted from her 15 years ago at a now defunct hospital here.

The Prime Minister, in a statement on the weekend said that a claim made by Keoma Hamer is “debunked by the evidence presented thus far.”

The Brooklyn, New York-based Caribbean Guyana Institute for Democracy (CGID) had called on the Government of Prime Minister Browne to conduct a “credible investigation” into the alleged abduction of the twins from Hamer.

CGID told the Caribbean Media Corporation that it was “deeply concerned that Antigua and Barbuda Government authorities have not resolved allegations that twin babies were stolen from Hamer – a Guyanese national, minutes after they were born at a hospital in Antigua on September 7, 2004, while she was in transit there.”

“One allegedly resides in Antigua and the other in the US. It is inexplicable that this matter remains unresolved.”

Consequently, Burke said CGID has asked the US State Department and the Federal Bureau of Investigations (FBI) to investigate this allegation, “as it potentially constitutes abduction and human trafficking.”

But according to the Prime Minister  “a female unknown to virtually everyone in Antigua and Barbuda  made a claim that 15 years ago, while transiting Antigua, she was transported to the now defunct Holberton Hospital, where she delivered twins.

“She has made a claim that a nurse informed her that the infants died in childbirth,” Browne said. “Following that harrowing experience, she proceeded to another Caribbean country and has continued to live there for the one-and-one-half-decade up until today.

“Within the past months, that female has made a claim that she has reason to believe that the twins did not die and that they are now young adults,” he added.

Having identified one young female as a likely baby of 15 years ago, Browne said the Antigua and Barbuda Royal Police Force persuaded the parents (and child) to undertake DNA tests.

He said “a reputable laboratory has returned irrefutable evidence that the youth is the child of the two parents she calls mom and dad.

“That evidence puts the lie to the claim that this particular young adult is the result of a supposed crime, committed 15 years ago,” the prime minister said.

“While every young adult, birthed 15 years ago, cannot be DNA-tested as the three decent people have undergone, a police investigation continues to determine if there is any evidence to support the claim made by the unknown female,” he added. “The several ministries and the police are pursuing every lead.”

Browne said Dr. Joey John, principal of Medical Surgical Associates, reported, by way of a letter dated October 7, 2004, that he had been called to the then Holberton Hospital to treat the ailing woman.

“He confirms that, ‘on 8th September, 2004, she had a spontaneous abortion of the twins,’” the Antiguan leader said. “She was 28 weeks pregnant and was later found to have infections that needed to be treated with antibiotics.

“A week after the event, she left Antigua for St. Martin,” he added. “The documentation, therefore, debunks the claim of live births.”

Burke said Hamer, who hails from Mahaicony, East Coast Demerara in Guyana, was 19 years old and 7 months pregnant when she boarded a LIAT flight from Guyana to St. Martin on September 4, 2004.

He said the flight in-transited in Antigua, where Hamer became ill and was transported by ambulance to Holborton Hospital in Antigua, now renamed Mount St. John Medical Center, and was admitted.

“After delivery, Ms. Hamer saw her babies alive and heard them cry,” he said. “She watched as a group of nurses took them away. This was witnessed by other patients. This was the last time she saw the twins.”

According to Burke, Hamer recalled that, a short while after the nurses left with the twin babies, “a particular nurse returned and informed her that the babies had died.”

“Ms. Hamer expressly told the nurse that she wanted photographs, hence, she must keep the babies and hand them over to her aunt on her arrival,” Burke said. “The babies were not handed over to Ms. Hamer’s aunt. No photographs were taken. No account was given about what happened to the twins.”

Shortly after this alleged episode, Burke said Ms. Hamer’s representative returned to the hospital to pay the outstanding bill.

“However, hospital staff advised the representative that there was no record of Ms. Hamer’s hospitalization at the hospital,” he said. “Hence, they refused the payment. Her admission and medical records had disappeared.”

Later, when Hamer visited the hospital, she was “also told no record of her hospitalization exists,” Burke said.

“The claim that the babies had died appear to have been false,” he added. “Several witnesses have attested to seeing the babies alive at birth. They allege that the babies were neither stillborn nor died after birth, but were allegedly stolen.

“There is strong evidence that the twins have now been identified,” Burke continued. “One allegedly lives in Gambles, Antigua, and attends Christ The King School. The other ostensibly lives in Syracuse, New York.”

In a letter dated June 24, 2019, Antigua and Barbuda’s Minister of Health, Molwyn Joseph, “advised Hamer that this matter is under investigation.”