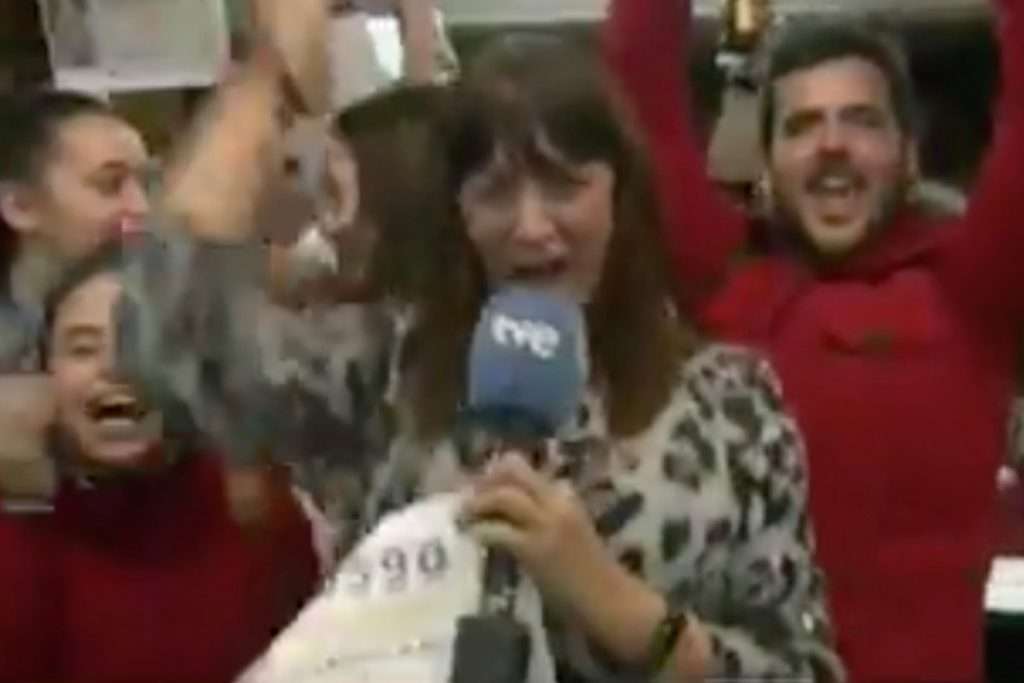 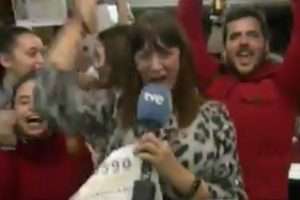 (NEW YORK POST) – A jubilant Spanish TV reporter informed her colleagues on the air that she would not be back at work the next day as she celebrated a lottery win – but was left red-faced when she found out it was just a fraction of the jackpot.

Natalia Escudero, who works for public broadcaster RTVE, started screaming on camera when the result in the 4 million euro — $4.4 million – Christmas lottery was announced, according to the BBC.

Clutching a winning ticket in the lottery known as El Gordo (The Fat One), she announced she was “not coming to work tomorrow!”

“Natalia doesn’t work tomorrow!” she added as she jumped for joy.

But the top prize can be shared among winners and her take was the equivalent of about $5,550, no chump change – but a lump of coal compared to what she thought she was about to pocket.

A sheepish Escudero later apologized on Twitter, saying she regretted her actions, which gave the impression she was quitting her job.

“The last few months have been difficult for me for personal reasons, and for the first time the goddess fortune had smiled at me with a pinch,” Escudero wrote.

“It is sad that Natalia Escudero is today [known as] the manipulative and lying journalist from RTVE,” she said, adding that she was being honest about taking time off because “I am going on holiday.”