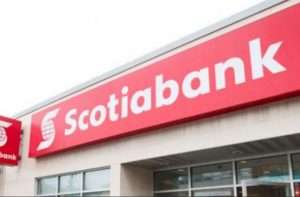 (TRINIDAD NEWSDAY) – A 62-year-old Gasparillo woman is threatening to take Scotiabank to court after she alleges she was assaulted by a security guard at the Marabella branch when she went to exchange her $100 cotton-bills to the new polymer ones.

Attorney Che Dindial, who represents the woman, Lailoon Maureen Khan, wrote to the bank on Friday, informing it of the intended legal action as well as asking for the names of the guards who were on duty on December 12, particularly the guard who allegedly assaulted her; CCTV footage for that day; and any reports she made to persons at the branch, including statements from her, witnesses and the guard.

Dindial also asked for the identity of the bank’s insurers so that a copy of the pre-action protocol letter can be sent to them.

A freedom of information request has also been made to the South West Regional Health Authority asking for the medical report of the doctor who examined her on that day.

According to the attorney, Khan was recently ill with pneumonia and is a cardiac patient. He said she was waiting outside the bank to exchange her money as well as withdraw cash for Christmas shopping. She was in line with other people at about 6.30 am, and when the bank opened at 8 am, she saw certain people, who were behind her in the line, being allowed to enter in front of her.

“Feeling cheated and disappointed that she waited since 6:30 am while others came and proceeded ahead of her within minutes, she proceeded to go into the bank.

“Furthermore, our client was in shock and pain,” the letter said.

“At the bank, when she asked the guard his name, he snatched the police report receipt from her hand, bending back her index finger in the process,” the letter said. She again left the bank so that she could take her heart medication.

The next day she went to the San Fernando General Hospital for medical attention since her chest and breast still pained and was told by the doctor who examined her that the ligament and fatty tissue on her chest and left breast were “strained and swollen.”

“Our client was dismayed that this guard continued to be unaware of human etiquette and basic decency. It is unfortunate that this incident had to occur to our elderly client. It is even further unfortunate that this occurred in the height of the currency exchange frenzy, where it is apparent from the media that the elderly and sick succumb to their tribulation of waiting in long lines.

“The last thing our client would have expected was to be assaulted by a security guard at the bank,” the pre-action protocol letter said, advising the bank of Khan’s intention to pursue an assault and battery claim against it for damages.

The bank has been given 28 days to respond, and the letter advised the bank to suspend the guard immediate “so as to protect other elderly persons from his conduct.”