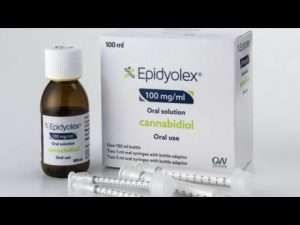 (JAMAICA GLEANER) – Starting early next year, people with severe epilepsy will be able to access a cannabis-based medicine on the largest health website in the United Kingdom (UK) after it was fast-tracked for use.

Epidyolex can be used to treat two rare, but severe, forms of childhood epilepsy – Lennox Gastaut syndrome and Dravet syndrome – which can cause multiple seizures a day.

It is estimated that there are 3,000 people with Dravet and 5,000 with Lennox Gastaut syndrome in the UK.

Clinical trials have shown the oral solution, which contains cannabidiol (CBD), could reduce the number of seizures by up to 40 per cent in some children, according to the BBC report.

Experts say it can also be used by adults.

Chief Executive Officer of Epilepsy Action Philip Lee welcomed the announcement, saying it “brings much-needed hope and could be life-changing for some.”

However, he cautioned that Epidyolex was not “a silver bullet” and indicated that there was more work to be done to “collect robust high-quality evidence of the effectiveness of other cannabis-based medicines”.

But medical cannabis campaigner Peter Carroll said it was “too little, too late.”

Instead, Carroll called for action towards making medicinal cannabis with CBD and tetrahydrocannabinol (THC) available for families in need.

THC is the psycho-active component of cannabis.

“What’s shown to have a transforming effect for children in desperate need is a CBD medicine with a little bit of THC, but those are unlicensed in the UK at the moment,” he told the BBC.