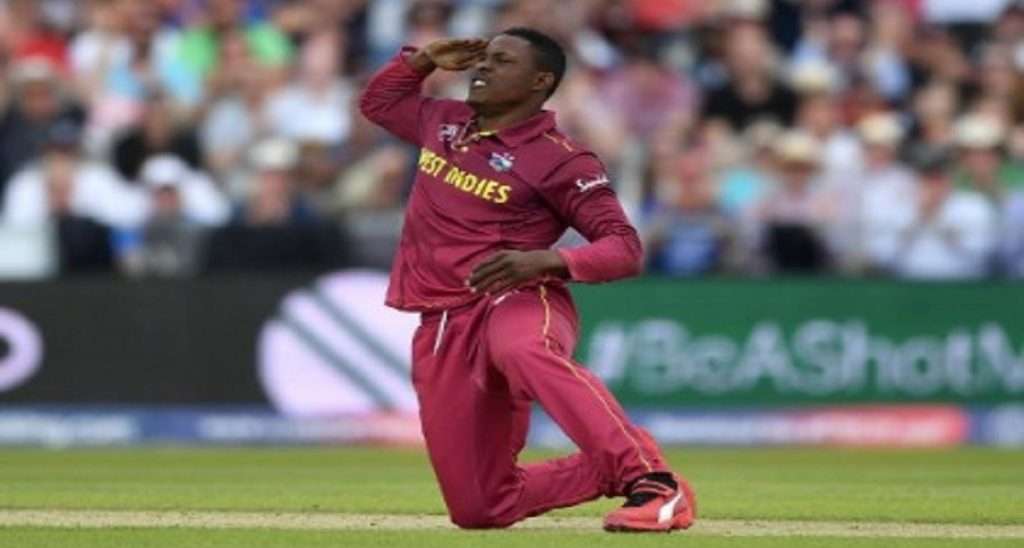 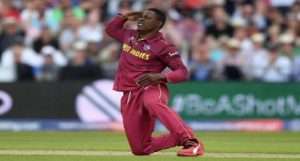 Jamaican Cottrell, West Indies’ best white-ball bowler this year, was sold to Kings XI Punjab for US$1.2 million while Guyanese Hetmyer was snatched up by Delhi Capitals for US$1.1 million.

Both players are currently members of the West Indies side in Cuttack for the final One-Day International of the three-match series against India.

Brathwaite, however, was ignored by the eight franchises after entering the auction at a base price of US$70,400. A lower order batsman and steady medium pacer, Brathwaite has struggled in all four previous seasons of the IPL and last year made just two appearances for Kolkata Knight Riders.

It was Cottrell and Hetmyer who made the headlines for the Caribbean, however, both players finding themselves at the centre of bidding wars.

Cottrell, a flamboyant left-arm speedster, was the subject of an intense battle between Rajasthan Royals, Capitals and Kings XI bid for his services, before Kings XI eventually emerged winners.

The 30-year-old has been the Windies’ best white-ball bowler this year with 30 wickets from 23 ODIs and 14 scalps from 12 T20 Internationals.

Cottrell was also among the wickets in this year’s Caribbean Premier League, snapping up 12 at an economy rate of just under eight.

At Kings XI, he joins fellow Jamaican and Windies veteran opener, Chris Gayle, who was retained at the end of last season.

Hetmyer, meanwhile, was also subject to strong rivalry for his big-hitting services, initially from Royals and KKR and then from Capitals and Royals.

n the end, Capitals secured the left-hander who will now line up alongside fellow West Indies and Guyana teammate, all-rounder Keemo Paul, who was retained by the franchise.

The lucrative deal represented a massive turnaround for the 22-year-old who was discarded by Royal Challengers Bangalore at the end of last season after managing just 90 runs from five innings.

Only last week, though, Hetmyer blasted a whirlwind hundred in the opening ODI against India in Chennai, to remind IPL franchises of his immense powers.

Left-arm spinner Fabian Allen and speedster Oshane Thomas were the other West Indies players managing to land deals for the upcoming IPL season bowling off next April.

Allen went to Sunrisers Hyderabad for his base price of US$70 400 while Thomas was picked up by Royals also for an identical base price.

Barbados-born England all-rounder, Chris Jordan, was also sold to Kings XI for US$423,000.