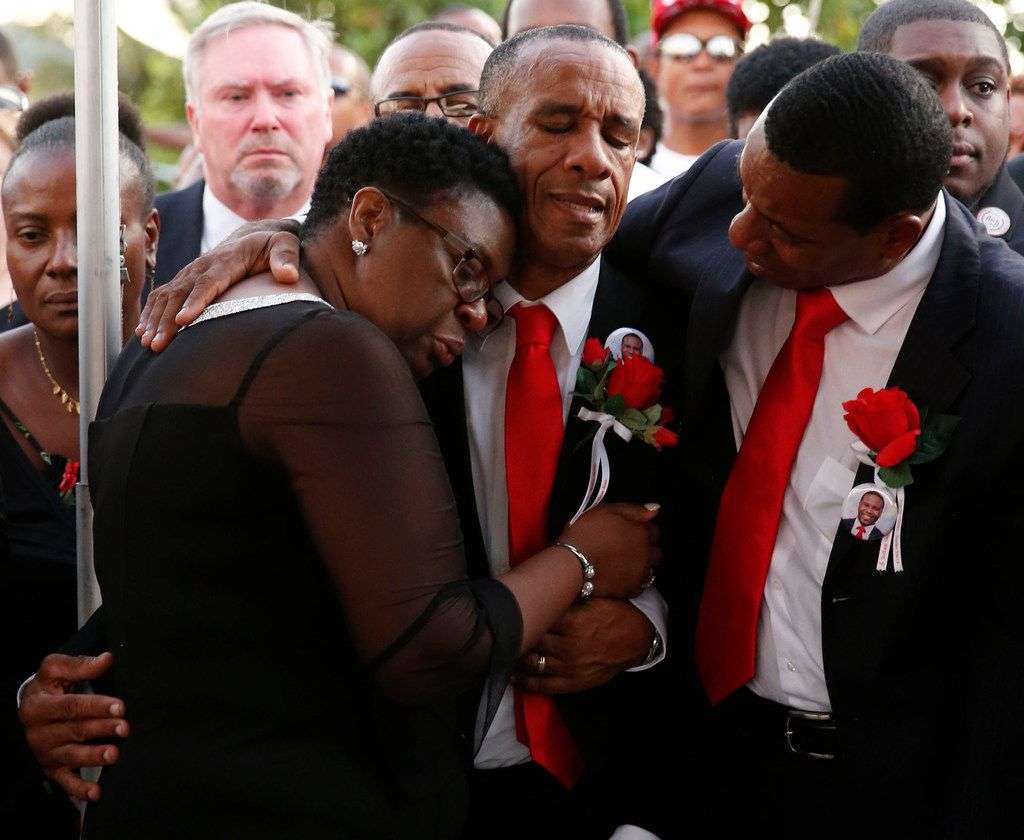 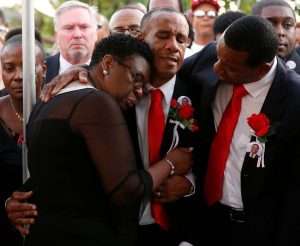 stluciatimes.com- Citing grace and mercy amid unspeakable grief, a Texas newspaper Editorial has declared the family of murdered Saint Lucian, Botham Jean, a finalist for Texan of the Year.

The unarmed Botham Jean, 26, was shot dead in his own apartment last year by then off duty Dallas police officer, Amber Guyger.

Guyger claimed she believed Botham’s apartment was hers and he was an intruder.

She was fired from the Dallas force, indicted for murder and sentenced this year to 10 years in jail.

A defining moment in the high profile trial occurred when, in a move that took the world by surprise, Botham’s younger brother Brandt announced his forgiveness for his sibling’s killer and the two engaged in a tight embraced in open court.

The scene was broadcast to the world by major international media organisations.

“We wouldn’t have blamed him for being angry for what Guyger had taken away from his family. Instead, he said he forgave her and asked if he could give her a hug. The world watched their embrace and got a stunning lesson in the power of forgiveness that brought us to tears,” the Dallas Morning News stated in its Editorial on Monday.

In reference to the Jean family, the newspaper asserted that  “they taught us that our ability to make it through unspeakable grief can be strengthened by the grace and mercy within us.”

According to the publication, there are remarkable moments amid tragedy that restore our faith in humanity.

“They prove to us that the human spirit is resilient — that no matter what unthinkable horrors we face, there is hope that we can survive,” the newspaper explained.

“There is no greater personification of this than the family of Botham Jean, the innocent young man murdered in his own apartment by a former Dallas police officer who mistook his home for her own. Time and time again throughout this months-long ordeal this year, Jean’s parents — Bertrum and Allison — and his brother, Brandt, taught us that our ability to make it through such trauma can be strengthened by the grace and mercy within us,” the editorial stated.

It declared that for their unwavering poise, fortitude and honesty in the aftermath of a loved one’s senseless death, the Jean family is a finalist for Texan of the Year.

The Brandt Jean embrace of Amber Guyger has attracted both praise and criticism on social media.

Some lauded his forgiving spirit while others expressed outrage that his action was tantamount to a ‘sell out’ and a move that undermined the seriousness of the problem of white police officers killing black people in the United States.