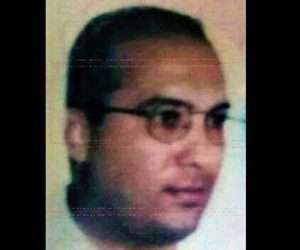 newsday.co.tt- FIVE death sentences were read out yesterday to the five men convicted of the murder of businessman Dr Eddie Koury in September 2005.

Just after 8 pm, the 12 jurors, who retired to deliberate on their verdict at 1.55 pm earlier in the afternoon, returned the guilty verdicts for Shawn James, Caleb Donaldson, Jerome Murray, Terry Moore and Robert Franklyn.

Two of the men shook their heads in disagreement when the forewoman announced the guilty verdicts while the others bowed their heads.

When asked if they had anything to offer to the court before sentenced, only James’ attorney Daniel Khan asked that the death sentence not be passed on his client and instead start with a 30-year prison sentence and take away the almost 14 years his client has spent in custody awaiting his trial.

The death sentence is mandatory for murder in TT and in the men’s case, they were found guilty on the joint enterprise premise and not felony murder which could have attracted a prison term.

None of the other four had anything to say before Justice Malcolm Holdip imposed the sentence of death by hanging on each of the five men.

Koury, the managing director of ISKO Enterprises Ltd, an import and distribution company based in the Macoya industrial estate, was abducted at his office on September 21, 2005.

Two days later, his headless corpse was found in central Trinidad. His head has never been found.

Among the witnesses who testified at the trial were several police officers, Koury’s former employees and a Federal Bureau of Investigations (FBI) DNA analyst from Quantico, Virginia, in the US.

There were some 89 witnesses at the trial, some of whom gave evidence in court while statements of other witnesses were tendered into evidence without opposition.

Of the evidence presented to the jury was James’ statements in which he told police that he cut off Koury’s head and threw it out at sea where no one would find it.

In the statement, James admitted to being part of a plan to kidnap Koury; and of driving around with his body in the trunk of a stolen car; and beheading him and dumping the body.

He said police were looking for him and the only way he could guarantee his freedom was if they did not find the body. He said he wanted to cut up the rest of the body and also throw it in the sea. One of three women he made contact with, saw the body in the trunk, James said. They had driven to La Romaine, where he cut off Koury’s head.

“I went in the car and take out the cutlass I borrowed. I tried to pull out the body from the trunk but it was heavy…the head hang out the trunk and I take the cutlass and chop off the head and threw it in the sea, no blood was flowing. I put back the cutlass in the trunk and wash my hand with Coca Cola sweet drink,” James said in a statement.

He dropped the woman off in Chaguanas and drove towards Tabaquite, where he dragged out the body onto a road through an orange field and threw it into some bushes. James said he later threw the cutlass and a piece of cloth by the Caroni double bridge and discarded the car in El Dorado.

He later arranged his escape to St Vincent with the help of some friends.

Also included in the prosecution’s arsenal of evidence were DNA matches of Koury’s blood on the shoes of at least three of the men – Donaldson, Murray and Moore, and a gun found at a house in D’Abadie where three were arrested, which matched bullet casings found at Koury’s office. DNA evidence was also found on the gun, which linked the men to the murder, while Franklyn rented a car allegedly used to transport the businessman’s body. DNA samples found on the back headrest of the back seat did not exclude Koury’s DNA, according to the FBI analyst. Koury’s blood was also found on the trunk of a stolen taxi, which was also used to transport his body.

Franklyn, who was a police officer, is also related to James and Murray, and his wife was Koury’s personal assistant. One of Franklyn’s former colleagues at the E999 command testified that he received several anonymous calls on September 21 about someone being robbed and bleeding, and recognised one of the callers as Franklyn.

According to the evidence of Koury’s former employees, four men came asking for money and guns when he was stabbed. He died of a single stab wound.

At the trial, the defence attempted to rubbish the evidence of the prosecution, raising questions on the credibility of the police witnesses, in particular the police’s crime scene expert.

In a somewhat surprising move, Franklyn called the State’s own pathologist to testify in his defence.

Forensic pathologist Dr Hughvon des Vignes conducted the first autopsy on Koury’s body, but was not called as the prosecution’s witness to testify to the cause of death.

histopathologist Dr Shaheeba Barrow, who conducted a second autopsy on Koury’s headless body testified for the prosecution that, based on her findings, he died as a result of haemorrhage shock, or blood loss, resulting from a stab to the right thigh.

She also said death would have “most likely occurred one to three hours after he was stabbed and the decapitation, taking place after he died.

Barrow also described as “outrageous” the cause-of-death finding of “decapitation” by des Vignes, and not supported by evidence.

Barrow said when she examined the tissue around Koury’s neck area there was no signs of bleeding which meant when his head was cut off, he was already dead.

In his testimony, Des Vignes said he did not consider his findings of Koury dying as a result of injuries to his head and neck area, with stab wounds about the body, including the armpit and right thigh, to be outrageous.

“This man did not die from decapitation but because of injuries to the neck that caused bleeding… Decapitation came after death,” he said.

The State was represented by prosecutors Nigel Pilgrim, Anju Bhola, Astraea Stoute and Vanita Ramcharitar while the men were represented by a team of attorneys including, Senior Counsel Pamela Elder, Daniel Khan, Evans Welch, Mario Merritt and Wayne Sturge.