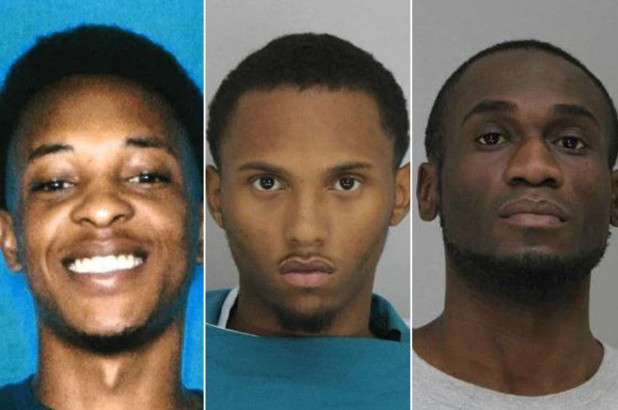 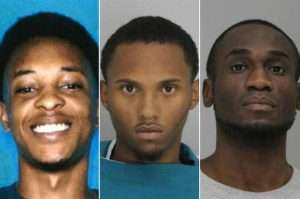 (NEW YORK POST) – Three men have been indicted on capital murder charges in connection with the slaying of Joshua Brown, the Dallas man who died 10 days after taking the stand in the Amber Guyger trial.

A Dallas County grand jury handed up the indictments Thursday but they were not made public until this week, the Washington Post reported.

Brown was gunned down in the parking lot of an apartment complex about five miles from where Guyger, a Dallas police officer, fatally shot 26-year-old Botham Jean last year in a case that gripped the nation.

An argument ensued in which Brown first shot Jacquerious, wounding him, and then Green, 22, squeezed off two rounds at Brown, Moore said.

Meanwhile, authorities executed a search warrant at Brown’s apartment, finding 12 pounds of marijuana, 143 grams of THC cartridges and $4,000, according to Moore.

Both Mitchells are being held at the Dallas County Jail on $500,000 bail — but Green remains at large and is considered armed and dangerous.

Lee Merritt, who represents Jean’s family, claimed that Brown had previously fled to California after repeatedly expressing concern that testifying in the Guyger trial would put his life at risk.

But in October, Moore rebuffed any suspicions that the slaying was connected to the Guyger case.

“I assure you that is simply not true, and I encourage those leaders to be mindful of their actions moving forward because their words have jeopardized the integrity of the city of Dallas, as well as the Dallas Police Department,” the police official said.

Guyger was sentenced Oct. 2 to 10 years in prison in connection with the fatal shooting of Jean in 2018, which unfolded when she barged into his unlocked apartment, mistaking it for her own pad one floor below. Jean was unarmed at the time.

She is appealing her conviction.