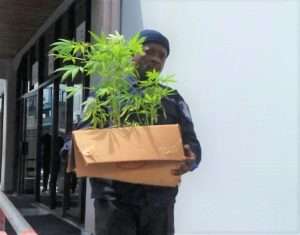 trinidadexpress.com- Legislation for the decriminalization of possession of less than 30 grams of cannabis was passed in the House of Representatives last night.

This does not mean persons can freely smoke weed.

The Bill still has to be debated and passed in the Senate.

Then it has to go to the President for proclamation following which marijuana smokers would be able to walk around and smoke less than 30 grams without police intervention.

This has been changed to male or female.

The House debated the The Dangerous Drugs (Amendment) Bill, 2019 and The Cannabis Control Bill, 2019.

The Opposition had pledged support for the legislation but requested it be sent to the Parliament’s Joint Select Committee (JSC)  for further fleshing out.

On Wednesday, The Dangerous Drugs Bill was passed with full support from both sides.

This Bill seeks, among other things, to decriminalize the possession of less than 30 grams of cannabis.

The Cannabis Control Bill which seeks to establish an Authority for the control of cannabis through a licensing regime was referred to a JSC, for report by February 29, 2020.

Now that the Bill was passed in the Lower House it will proceed to the Upper House-the Senate tomorrow.

The Bill is expected to be passed here too and then sent to President Paula- Mae Weekes.