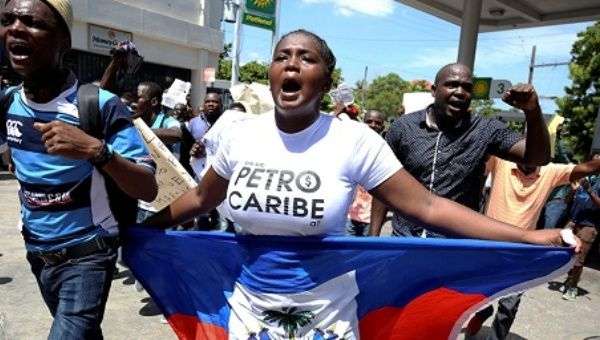 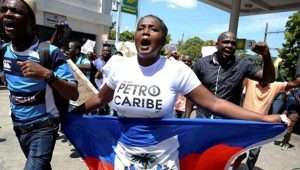 (CMC) – Foreign Minister Edmond Bocchit says no PetroCaribe funds have been used by the Jovenel Moïse administration since coming to office in 2017 as he responded to a lawmaker who said he is concerned about government’s theft of public resources through the PetroCaribe initiative.

“Under the Jovenel Moïse administration no PetroCaribe funds were used. That programme was ended before Jovenel Moïse took office. But we want the truth on the misuse of those funds and we urge the judiciary to take its responsibility to shed light, and the truth shall be known,” Bocchit said in a statement.

Haitians have been taking to the streets to demand the resignation of President Moïse amid allegations he embezzled hundreds of thousands of dollars of government funds earmarked for badly needed social programmes.

A damning 600 page report on government corruption, delivered to the Haitian senate by official auditors on May 31, had named the PetroCaribe initiative as one of the programmes that has suffered as a result of the corruption.

The Venezuela-funded PetroCaribe oil initiative allows Caracas to provide oil and other petroleum products to Haiti under a preferential agreement.

Moïse, who came to power in 2017, has denied any wrongdoing and has defended himself against the report of the Superior Court of Accounts and Administrative Litigation (CSA/CA) into programmes and projects funded by PetroCaribe.

In his statement, Bocchit said that “strong democracies are built on the principles of respect for human rights”, adding, “the Jovenel Moïse administration is guided by this principle, and we will continue working to make Haiti a safer, more equal and more just nation for all.”