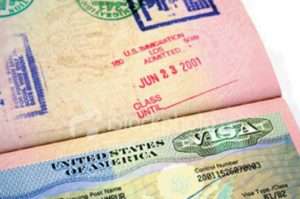 (AP) — Federal agencies have pushed back against criticism that they entrapped hundreds of foreigners who enrolled in a fake school the agencies opened in an effort to fight visa fraud, saying those who enrolled knew they weren’t signing up for a real school and that they only wanted a way to stay in the United States.

The undercover operation that targeted students at the University of Farmington in Farmington Hills was legal and helped combat visa fraud, the US attorney for the Eastern District of Michigan and head of the US Immigration and Customs Enforcement’s investigative division in Detroit said Friday in statements to the Detroit Free Press.

“HSI special agents, as part of this undercover operation, made it abundantly clear in their interactions with potential University of Farmington enrollees that the school did not offer academic or vocational programs of any kind. The individuals who enrolled in the University of Farmington did so intentionally,” said Vance Callender, special agent in charge of the Detroit office of ICE’s Homeland Security Investigations, or HSI.

The students arrived in the US legally, primarily from India, and were on F-1 student visa programs when they enrolled at the university that was covertly staffed by undercover agents and had a fake website.

Nearly 80% of the 250 students who were arrested have voluntarily left the country, according to ICE.

Lawyers for the students have said they believe their clients were entrapped and did not know the school was fake when they enrolled.

In January, federal prosecutors announced that ICE agents had secretly set up the fake university, which enrolled more than 600 foreign students studying science and technology.

The Department of Justice referred to it as a “pay to stay” scheme.

The Free Press reported in November that the number of students who had been arrested on immigration infractions in the case had jumped to 250.