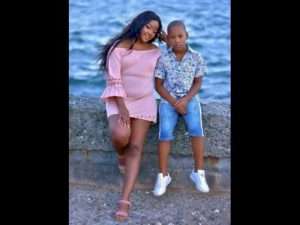 (JAMAICA STAR) – Since the start of the year, dengue has been on the lips of everyone and with no medically researched cure, persons are turning to various ‘remedies’ to help themselves and their children fight this virus.

One mother is advocating the use of papaya leaf juice, as she believes it greatly helped her son.

Ekeisha Reynolds said that she gave the juice to her son, eight-year-old Mikhal, who was admitted at the Bustamante Hospital for Children about one week after being diagnosed with dengue. He was admitted in the last week of November.

Mikhal, her first born, was bleeding under his skin and he had fluids in his lungs. His platelet count even fell below the normal level.

“He had the rash, he wasn’t eating, he was weak. His blood platelets were dropping. It is supposed to be at 150 and anything below that, he had to go in ICU (Intensive Care Unit). He was on ICU watch because it (the platelet count) was at 50,” she said.

Knowing how serious the illness can be, Reynolds was worried, and was further concerned when the medical team at the hospital advised her to ask for blood for her son.

“It was pretty scary, especially with him being on the ward because while he was there, two kids died from it. I went home every night and cried. I felt hopeless because they said there was no cure and I felt like I couldn’t do anything to help,” she said.

She was prepared to carry Mikhal to the US for treatment, but saw a post by * Kamla about the benefits of the papaya leaf.

“I messaged her and she said that she would get some to me, which she did,” she said.

After three days of drinking the juice, she said her son’s platelet levels are back to normal and he is now back at school.

“He didn’t like it because it was very bitter. I didn’t even give him the dose that was recommended, I just allowed him to sip it when he could. He started to eat a day after drinking it. He came out Wednesday (December 4) and asked to go to church. I woke up Thursday and he was already in his uniform, saying he was ready to go to school. And he went and did his exams,” he said.

Director of Food and Pharmaceutical Engineering research group at the University of Nottingham (Malaysia), Dr Ching Lik Hii, has been exploring the benefits of papaya leaf and whether it can cure dengue.

In a research blog, he said that: ‘In some countries, papaya leaf juice is a traditional remedy used to treat dengue. It contains a bioactive ingredient called carpaine, which helps to stop internal haemorrhaging.”

When asked about the health benefits of the papaya leaf, Health and Wellness Minister Dr Christopher Tufton said he did not know of any, and advised people to visit a doctor instead of relying on the juice.

Meanwhile, Dr Ching said in the blog that he is moving to the next phase of his research, which is improving the method of extraction and testing different parts of the leaf, including the stalk, and also investigating how much carpaine is extractable from different aged leaves.

“Time is of the essence to save a dengue sufferer’s life, so we hope that the carpaine extracted from the leaf can be manufactured as either a fast-acting pill or a medicated syrup. It has the potential to reduce fatality globally, so it’s an exciting time to be involved in this research,” he said.