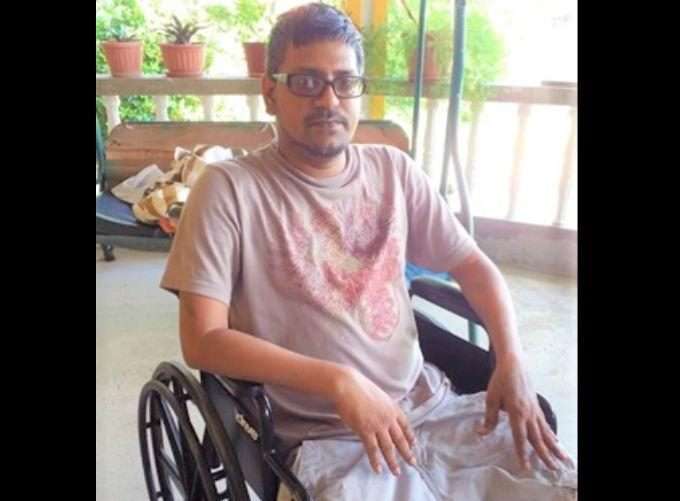 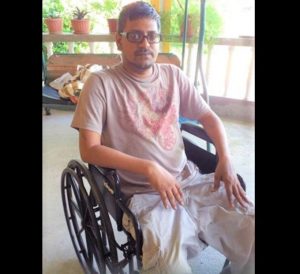 trinidadexpress.com- Physically-challenged Anderson Hamlyn Boodram was unable to vote on Monday because the polling station he was registered at was not accessible by wheelchair.

The 36-year-old went to the polling station at Rousillac Hindu School at 2 p.m. to cast his vote in the 2019 local government election.

He was taken there by his sister in a hired vehicle. However, after determining that his name appeared on the voters’ list, he could find no way to enter the premises.

Boodram’s sister, who asked for anonymity, gave details of what happened.

“When we went I carried his ID inside and they found his name on the list. There was only some stairs to go up, there wasn’t any ramp, so I asked them what to do and they said they don’t know. I asked them how he is getting into the station without a ramp and no one could answer me.

“Someone suggested that we physically lift him and his chair but he is a grown man, heavier than myself, so I asked if anyone would be willing to help me lift him and nobody wanted to. When I told him, he was very down and decided to go back home,” she said.

Boodram told the Express that he does not want to go back to that venue to vote again.

He said such experiences were not new to him as a disabled man.

“Most places that I go to are not wheelchair equipped. In this venue, there was a line for the physically-handicapped but I don’t know how I was going to get to that line without a ramp. I don’t understand how they didn’t have such things in place, it is something that needs to be changed,” he said.

“Every day it feels more and more like they only cater for one type of person in this world. What about the people like me? Wheelchair access is affecting my civil rights and it’s not that I didn’t go, it’s that I couldn’t get in,” he added.