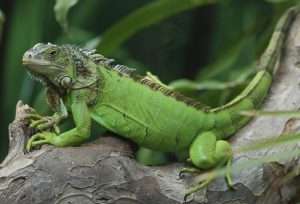 (TRINIDAD EXPRESS) – A Barrackpore man choked while eating a meal of iguana and dumplings during a lime at his house on Thursday.

Despite the desperate attempts of his brother and paramedics to save his life, Rasheed Mohammed, was pronounced dead at hospital.

On Thursday, Mohammed caught an iguana and decided to prepare a meal of it with dumplings.

Mohammed, who lived alone, had invited his relatives and friends to his house.

He cooked, played cards, and drank alcohol, and sometime later took a nap.

The Express was told that when he awoke he decided to partake in the meal, although his friends advised him to continue to rest.

While eating, Mohammed began to choke and became unresponsive.

His brother attempted cardio-pulmonary resuscitation, while the friends contacted the ambulance services.

Paramedics responded, and said that Mohammed had a pulse.

They took him to the San Fernando General Hospital, however doctors were unable to revive him and he was pronounced dead.

An autopsy was expected to be performed at the San Fernando mortuary.