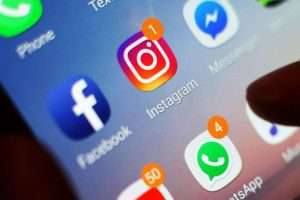 (DAILY MAIL UK) – Instagram and Facebook both appear to be suffering major outages, with thousands of app users claiming they are unable to refresh their feeds or upload photos or videos.

Instagram, which is owned by Facebook has been experiencing issues since around 2pm GMT, according to Downdetector, which monitors online outages.

Downdetector’s outage map shows that users in the UK, East Coast of the United States and Brazil are the worst affected.

The majority of users reported problems with their news feeds, while others are also experiencing problems logging into the app and accessing the Stories feature.

The Facebook and Facebook Messenger apps started experiencing issues at around the same time – although the problems seems to be less widespread.

Facebook users are complaining they are unable to login, and that they can’t upload pictures, with a few reporting a ‘total blackout’.