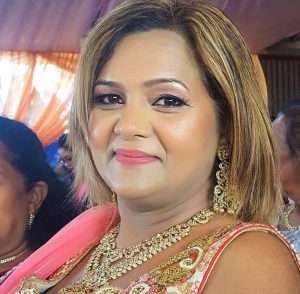 (TRINIDAD EXPRESS) – HOURS before he was to appear in court for his wife’s murder, a San Fernando man is suspected to have committed suicide.

Chamanlal Gobin was found hanging in a cell of the Mon Repos Police Station on Monday morning.

Gobin, 53, of Oropouche River Trace North, Barrackpore, was taken to the San Fernando General hospital where he was pronounced dead.

He had been in custody since Wednesday for the murder of his wife Ramragie Gobin.

Ramragie Gobin, 49, was stabbed to death at her home at Ridgewood Gardens, Golconda on November 17.

Police said that the couple had separated and the woman had taken out a protection order against her husband.

On the day she was killed she sent a text message to her daughter telling her that Gobin was on the premises of her home.

Ramragie Gobin’s son later found her dead in the house.

Police launched a manhunt for Gobin, and on Wednesday he was arrested at an abandoned building near his home.

A senior homicide detective said that on Friday Gobin was charged with his wife’s murder by PC Lall of Homicide Region III.

Gobin was expected to be taken before a San Fernando magistrate on Monday morning.

Senior Supt of the Southern Police Division Wayne Mohammed and other senior police officers are investigating.