Mikey Live
HomeDad Gave Shotgun To Suicidal Son And Told Him To ‘End It...
Featured 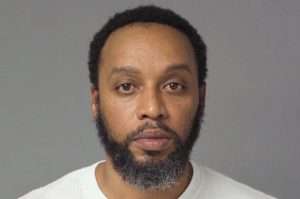 (NEW YORK POST) – A Maryland dad allegedly handed his suicidal teen son a shotgun and told him to “just do it” and “end it now,” according to a report.

Anthony Jerome Lewis, 46, thrust the gun into the hands of his 14-year-old son when the boy confided in his parents about his suicidal feelings, the Capital Gazette said, citing court records.

He then grabbed his son’s hands and forced them toward the trigger as he told him to “end it now,” the outlet said.

“Do it. Just do it,” Lewis barked at the teen who instead fled to his room in the family home in Odenton and locked himself in, WMAR-TV Baltimore said.

The boy, who is not being identified, later told police that his dad had hit him with belts and electrical cords — and once even choked to the point he “saw weird colors” and his vision “started turning black,” the reports say.

Lewis was hit with a slew of charges including first- and second-degree assault, coercion, providing the means of assisted suicide, reckless endangerment, firearm use and child abuse, records show.

At a hearing in Maryland District Court last Thursday, Lewis was instructed to have no contact with his son as he was ordered held without bond, the Capital Gazette said. His next hearing is Dec. 23.