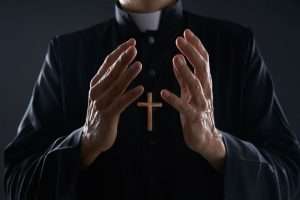 (ABC NEWS) – A Catholic priest has been sentenced to 15 years in prison for sexually abusing two child parishioners in the nation’s capital.

The Washington Post reports that most of the more than 80 people who filled the courtroom Friday were supporters of 47-year-old Urbano Vazquez, providing a visual representation of how this case has divided his former parish.

Vazquez was convicted of child sexual abuse this summer. He groped a 13-year-old in 2015 and kissed and groped a 9-year-old in 2016 while serving as an assistant pastor at the Shrine of the Sacred Heart, a predominantly Latino parish. He maintains his innocence.

His attorney said Vazquez plans to appeal. He still is charged with sexually assaulting another parishioner, now an adult. A hearing is set for September.