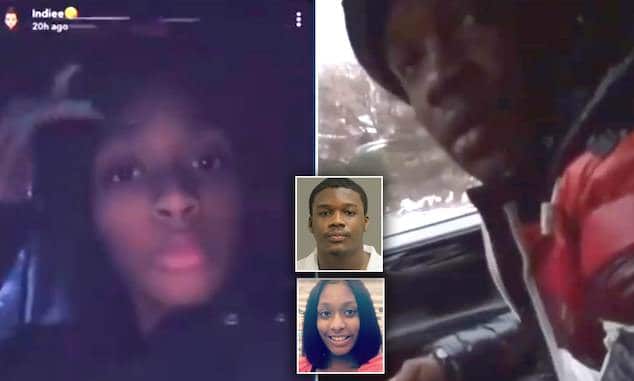 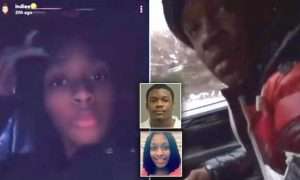 NEW YORK POST- A Michigan woman filmed her boyfriend calmly preparing the gun he used to shoot and kill her just moments later, according to authorities.

“You think I’m f—ing playing, huh?” the man identified as Kevin Dixon, 18, can be heard threatening India Mackey, 20, as he wiped off his fingerprints from the bullet he loaded, according to WXYZ.

“Gonna hit you with these big hollow tip 45′s, gonna eat your [expletive] up,” Dixon can be heard saying in the video obtained by the station.

Moments after she stopped filming on Tuesday last week, Mackey was shot dead in the white van parked outside her home in Warren, prosecutors told the station.

Her body was then found in the passenger seat when Dixon was pulled over following 911 calls about his erratic driving.

“The last thing her family has of her is the video where she is pointing the camera at the man who is going to kill her,” Macomb County prosecutor Eric Smith told the station.

“Everything about this case is awful and this certainly adds to it,” he said. “This video is being taken by a woman who is going to be killed in moments — it’s unbelievable to me.”

His mother — who was not identified in the reports — was arrested when she showed up to his arraignment Thursday and charged with accessory after the fact and tampering with evidence, according to Fox 2.

“He’s on the phone talking to his mother, clearly identifying his mother and telling her to go to the house, and get rid of the gun,” Smith told Fox.