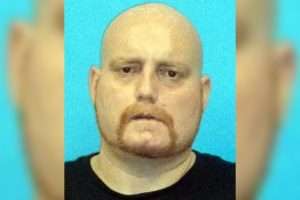 (NEW YORK POST) – Martin Skelly, 41, of St. Petersburg was busted early Saturday after he reportedly showed up to a McDonald’s in Clearwater with a drug-filled needle.

Investigators found a 28-gauge needle on Skelly, and he was arrested on charges of possession of methamphetamine, The Smoking Gun reported, citing an arrest affidavit.

Police searched Skelly before he was booked at Pinellas County Jail.

Before he was transported, authorities asked Skelly if he had any more contraband on him, warning him that he could face additional charges if more drugs were found on him at the jail — but Skelly said no, the affidavit said.

While he was being processed at the jail, police found a small bag of meth “wedged deep within the belly button cavity of [Skelly],” the affidavit said.

“I was just being dumb and not thinking,” Skelly reportedly said when police found the drugs.

He was hit with two more felony charges after those drugs were discovered.