A Trinidadian national will appear at the St. David Magistrate’s Court on Friday 22nd November, 2019 to answer to the charge of Money Laundering.

Clevon Gill, 35 years of Curepe, Trinidad was nabbed by police mere hours after arriving Grenada on Tuesday 19th November, 2019, in Moya, St. Andrew when the vehicle he was travelling in was intercepted.

A search of his person revealed just over twenty thousand ($20,000.00) United States Dollars.

Also appearing before the Court is the driver of the vehicle Kemron Pollison, 36 years of La Poterie, St. Andrew who has been jointly charged with Gill. 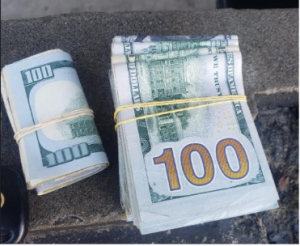 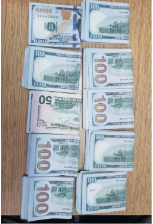