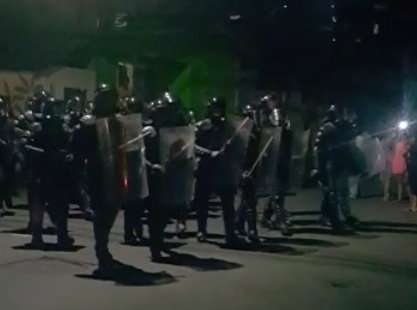 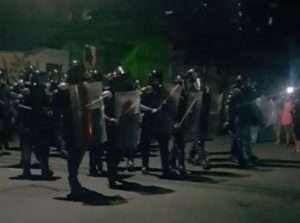 stlucianewsonline.com — The United States (US) government has warned its personnel and others to exercise caution as they travel to Dominica over the next several weeks.

This is in light of the civil unrest that occurred in Roseau on the evening Monday, November 18, 2019.

A bulletin from the US embassy in Barbados on November 19 said demonstrations and protests are expected on the island in the run-up to the general election on December 6, 2019.

“Recent demonstrations have involved police use of tear gas,” the bulletin said.

It pointed out that travelers to the island should avoid demonstrations, monitor local media for updates, keep a low profile and be aware of their surroundings.

The embassy called on protesters exercising their freedom of speech to avoid violence and to prevent the escalation of tensions.

“We also urge the government of Dominica to allow peaceful protesters to exercise their rights as provided by the Dominica constitution and laws,” the embassy said.

It also said that as Dominica prepares for the general election, the US government encourages respect for the rule of law and the conduct of a transparent poll.

On Monday evening, police and protesters clashed near the official residence of the president of Dominica. They said they have been seeking an audience with him on the matter of electoral reform.

Prime Minister Roosevelt Skerrit blamed the opposition UWP for the unrest while the UWP said the police instigated it.