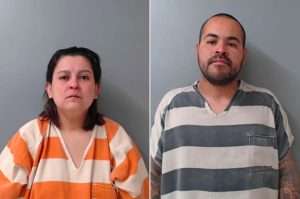 NEW YORK POST – A Texas couple was sentenced to more than a decade in jail Wednesday for disposing of the remains of their drowned 2-year-old in a vat of acid, a report said.

Monica Dominguez, 38, received 20 years for endangering a child and abuse of a corpse for the February crime, the Laredo Morning Times reported.

She’ll also serve a 10-year sentence for violating her parole, according to the report.

Gerardo Zavala-Loredo, 33 — her husband and the father of the 2-year-old — pleaded guilty to tampering with evidence of a human corpse and was sentenced to 14 years, the Morning Times reported.

After their arrest, Dominguez told police that two of her kids were bathing and that one of them, Rebecka Zavala, drowned.

The kids were not being supervised while they were bathing, she told investigators.

Dominguez said she called her husband to help get rid of their daughter’s body, Webb County District Attorney Isidro “Chilo” Alaniz said at the time of the crime.

Police responded to a call from a concerned neighbor and searched the couple’s apartment and found Rebecka’s remains inside a 5-gallon, acid-filled container in a bedroom closet, the Morning Times reported.

Child Protective Services took custody of four children, ages 1 to 11, who lived at the apartment.