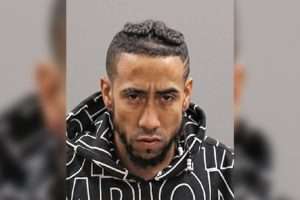 (NEW YORK POST) —  A 5-year-old boy took a superhero-stamped baggie of his dad’s heroin to his Massachusetts kindergarten — telling teachers it turned him into Spider-Man when he tasted it, according to a report.

The youngster sparked alarm at the H.B. Lawrence Elementary School in Holyoke last Thursday after showing off the baggie with a stamp of the Marvel superhero, officials told the Daily Hampshire Gazette.

After his apparent confession about tasting it — telling teachers he had put it in his mouth — the boy was raced to Baystate Medical Center in Springfield, the report says. He appeared healthy and officials believe he may have escaped ingesting any of the drug from the sealed bag.

“[The boy] loves Spider-Man,” Holyoke Police Lt. James Albert told the paper. “Our officers were quite taken by it all. You don’t often deal with this.”

His 29-year-old dad, Benny Garcia, was arrested after officers found him sleeping in bed on top of numerous other bags holding the same white powder, according to the paper.

“The officers located the same sort of baggie (of) heroin stamped ‘Spider-Man’ that the child brought to school in a dresser drawer of the defendant’s bedroom,” Assistant District Attorney Matthew Green said in court, calling it “a particularly shocking and egregious” case.

Police found at least 170 baggies of heroin as well as baggies and Ziploc bags of cocaine, the paper said, citing court documents.

When officers told Garcia what happened to his son he became “very emotional,” according to the court documents.

Garcia pleaded not guilty to charges of drug possession and reckless endangerment of a child, the report said. Judge William Rota ordered him held until a dangerousness hearing scheduled for Nov. 20.

The boy and an infant sibling were removed from the family home by the Department of Children and Families, the report said.