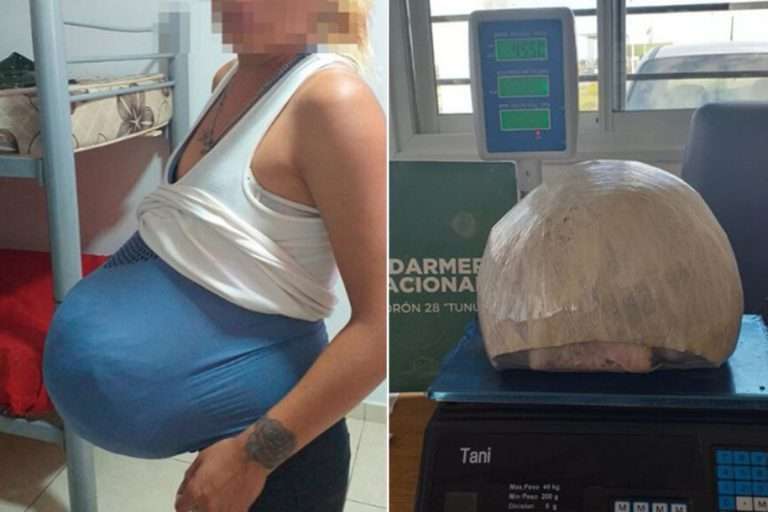 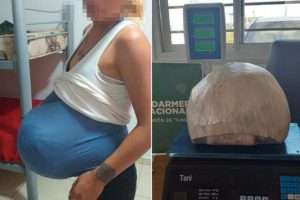 A woman posing as pregnant in Argentina was allegedly busted with 9 pounds of marijuana stashed in a fake baby bump, according to officials and reports.

The unnamed gal and a male friend were crossing the country’s border into Chile by bus when they were stopped at a checkpoint near Mendoza this week, according to the UK Metro.

Officers searched her bag and found two bricks of cannabis — then 15 more, held together with paste, inside a phony wearable stomach constructed with glue, according to the outlet.

“She made a belly out of paste, hid 15 cannabis bricks inside it and faked a pregnancy before trying to take it from Mendoza to Santa Cruz,” Argentina’s Minister for Security Patricia Bullrich tweeted along with photos Wednesday.

“The pretend mom-to-be and her accomplice were arrested.”

A police spokesman said the pregnant poser was “asked to leave the [bus] and it was confirmed she was also carrying drugs and no baby inside of her,” according to the outlet.

In total, her special delivery weighed about 4 kilos, and she was charged with drug smuggling.

Authorities believe she and the man were headed to Santa Oliva in Patagonia, according to the outlet.