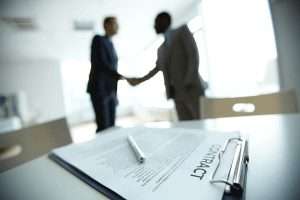 Government’s Negotiating Team (GNT) has concluded negotiations with another trade union as well as the staff associations which represent prison and police officers.

All public officers represented by the unions and staff associations which have concluded negotiations, will benefit from annual increases of 4% for each of the years covered in the new collective labour agreement.

The 12% increase over three years is the largest settlement for public sector employees in the last 20-years. The overall cost of the settlement is $43.5 million which means Government will have to undertake extensive reallocation to fund the agreed wage increases.

Another union, the Bank and General workers Union will seek the approval of its membership before agreeing to the proposed increases.

Agreement with the joint negotiating team from the Technical and Allied Workers Union and the Public Workers Union is still outstanding. The joint TAWU/PWU team is demanding increases of 5% for each of the three years. This would add $59.6 million to the Government’s wage bill, an amount which is not affordable or sustainable and which will breach the Fiscal Responsibility Law.

Additionally, effective January 2020, Government is expected to meet the increase in NIS rates for all of its employees

The GNT awaits the recommendations of the Labour Commissioner who is conciliating in the dispute. The GNT remains hopeful that there will be an amicable resolution.

The Grenada Union of Teachers has already signed its collective labour agreement with the GNT following the conclusion of talks earlier this week.