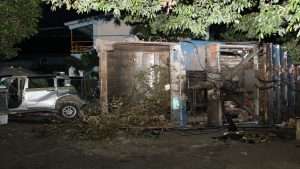 loopjamaica.com- The driver of the motor truck that overturned recently, resulting in the death of seven-year-old Clan Carthy Primary School student, Benjamin Bair, has been charged with manslaughter.

Brooks is scheduled to appear in the Kingston and St Andrew Parish Court on Friday, November 15.

The police reported that Benjamin died on the spot after a garbage truck that was being used to collect waste material at the Deanery Road, St Andrew-based school, got out of control on the compound and slammed into a wall, before overturning and crushing the child on October 28.

The incident occurred at about 4.30 pm.

The development triggered shock and anger at the school and across the nation.

The driver of the garbage truck fled the scene after the tragedy, but turn in himself to the police a few days after.