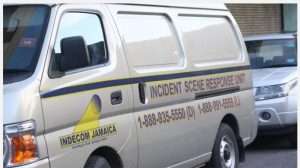 loopjamaica.com- A man was shot dead after he reportedly pointed a gun at an off-duty police officer in St Thomas on Monday.

The deceased has been identified as Garfield Wright, otherwise called ‘Foodie’, a 43-year-old resident of Middleton district in the parish.

The Corporate Communications Unit (CCU), the police’s information arm, reported that the shooting occurred at approximately 2.30 am on Monday.

No further details were provided of the incident.

The Independent Commission of Investigation (INDECOM) has launched a probe into the development.