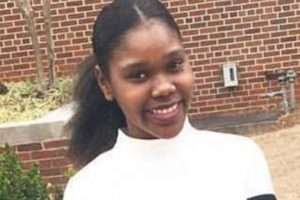 (NEW YORK POST) —  The college student who was found dead in a park and her roommate were “two peas in a pod” — before the pal was charged alongside her boyfriend in her murder, according to her family.

Alexis Crawford, 21, whose body was found Friday, had been friends with her 21-year-old roommate, Jordyn Jones, since their freshman year at Clark Atlanta University, the Atlanta Journal-Constitution reported.

“One family member described them as two peas in a pod,” the Rev. Markel Hutchins told the outlet. “To go from that to where we are today, it’s unthinkable, unspeakable.”

On behalf of the family, Hutchins said they were shocked to learn that Jones allegedly played a role in Crawford’s strangling death.

“They knew Jordyn, they liked Jordyn. There was never a reason to suspect that Jordyn would do anything wrong or ill to Alexis,” Hutchins told the newspaper.

Crawford, who was from Athens, Georgia, was reported missing Nov. 1 from her off-campus apartment less than a week after she reported Jones’ 21-year-old boyfriend, Barron Brantley, to authorities for sexual assault, the outlet reported.

It wasn’t until Friday that her body was discovered in Exchange Park in Dekalb County after one of the suspects led authorities to the remains, according to the report. An autopsy determined Crawford died from asphyxiation.

Both Jones and Brantley were arrested on charges of felony murder in Crawford’s death, officials said.

Brantley’s arrest violated his bond conditions for a prior arrest on charges of theft, battery and cruelty to children, according to the report.