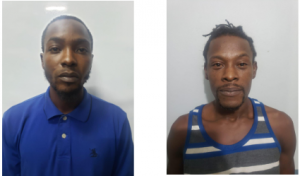 Two more arrests have been made in connection with the Carriacou drug bust.

They appeared at the St. George’s Magistrate’s Court on Monday 11th November, 2019 and were remanded to Her Majesty’s Prisons.

Both men will reappear at the Carriacou Magistrate’s Court on November 18th 2019.