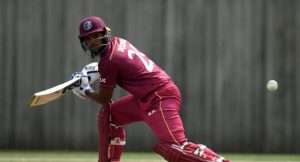 (TRINIDAD NEWSDAY) —  WEST Indies clinched their first One Day International (ODI) series win in more than five years with a 47-run win over Afghanistan in the second match at Lucknow, India.

The victory gave West Indies an unassailable 2-0 series lead in the three-match series and in doing so won their first ODI series since August 2014. The series was the first for West Indies under new captain Kieron Pollard and new coach Phil Simmons.

Batting first, Nicholas Pooran top scored with 67 off 50 deliveries with seven fours and three sixes to guide West Indies to 247/9 in 50 overs. Earlier in the innings, openers Shai Hope (43 off 77 balls) and Evin Lewis (54 off 75 balls) put on 98 for the first wicket.

Shimron Hetmyer, who has been struggling with the bat, contributed 34 off 43 deliveries. Naveen-ul-Haq was the best bowler for Afghanistan grabbing 3/60 in nine overs.

In reply, fast bowler Sheldon Cottrell and spinners Roston Chase and Hayden Walsh Jnr all took three wickets to help dismiss Afghanistan for 200 in 45.4 overs. Cottrell snatched 3/29 in nine fours, Chase bagged 3/30 in ten and Walsh grabbed 3/36 in 6.4 overs. Najibullah Zadran tried his best with a knock of 56 off 66 balls with seven fours and one six.