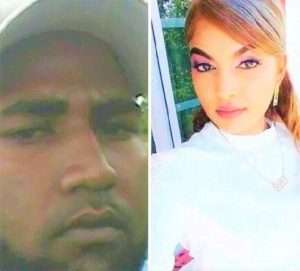 looptt.com- A 23-year-old man has been charged with the murder of his girlfriend, Dolmatie Mungroo.

Nirmal ‘Brandon’ Sullivan appeared before Chaguanas Senior Magistrate Rajendra Rambachan, which were laid indictably, and as a result, he was not called upon to enter a plea.

Sullivan was represented by attorney Vishan Girwar, while PC Matura was the complainant (charging officer) in the matter.

After submissions to the court, the case was adjourned to December 5.

Sullivan was held hours after Mungroo’s body was found around 4.00 pm on October 31, 2019, at her boyfriend’s home in St Helena.

Her body bore several chop wounds to the head, chest, neck, and hands.

The 23-year-old was held at a hotel in Caroni around 12.40 am the following day, police said.

It was believed that he was attempting to flee the jurisdiction.