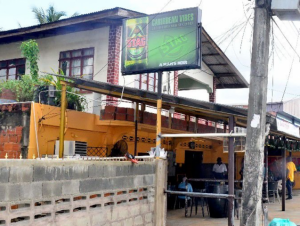 (TRINIDAD EXPRESS) —   A police inspector shot two people whom he said attempted to rob him at a bar in Marabella early Saturday.

The senior officer reported that he drew his personal firearm after he was beaten by a man and a woman.

The two people who were shot were identified as a 26 year old man of Ria Ramnarine Drive, Tarouba, and a 25 year old woman of Rochard Road, Penal.

The woman was shot in the chest and abdomen and is in critical condition, while the man was shot twice in abdomen, and is warded in serious condition, police said.

The inspector was treated at the Couva District Health Centre and discharged.

The inspector, who is currently on vacation from duties, had been attached to the legal department of the TTPS.

A police report said that the senior officer was liming at the bar when around 3.45 a.m. he went to the men’s washroom.

Whist using the facilities, two people – a man and a woman – also entered the washroom area.

The officer reported that one of them told him “Hustle up dey”.

He said another person struck him behind his head several times with a bottle, while the other person searched his pants pockets.

The officer said he pushed away from the two people and he observed one had a weapon that looked like a knife.

The inspector drew his personal revolver and fired several shots in the direction of the two people.

He got into his vehicle outside and drove to Couva District Health Facility.

He was interviewed by senior officers of the Southern Police Division and officers of Marabella Police Station.