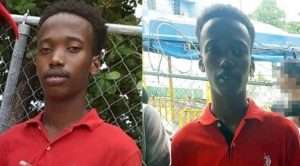 stlucianewsonline.com- Police are investigating the stabbing of a young man at a funeral in Gros Islet on Monday afternoon.

The victim has been identified as Suave Walcott of a Castries address.

Police said he was attacked and stabbed while attending the funeral service for one of two young males who died in a recent motorcycle accident at the Castries waterfront.

The stabbing occurred in the vicinity of the Catholic church in Gros Islet, between 3 p.m. and 4 p.m.

The police transported Walcott to the hospital.

His current medical status was not immediately clear.

This is the second reported stabbing for Monday afternoon.

A male resident of Anse Ger, Micoud sustained stab wounds to the neck and elbow around 4 p.m. in his community.

He was hospitalised but his medical status is not known.