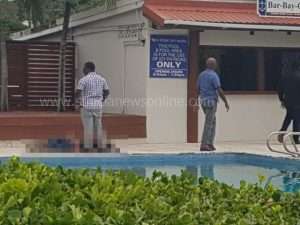 stlucianewsonline.com- A man who was being sought for the alleged rape of a 105-year-old woman has been killed by the police, law enforcement officials have confirmed.

The suspect, Miguel Edward, alias Mad Max, was fatally shot by the police in the Rodney Bay Marina around noon today (Saturday, November 2).

It is alleged that Edward was attempting to flee to Martinique and pulled a weapon on the officers.

Reports are that Edward allegedly attacked the centenarian at her home around 4 a.m. today.