Brooklyn Pimp Chops Up Girlfriend; Kept Her Head, Hands And Feet In His Kitchen Freeze 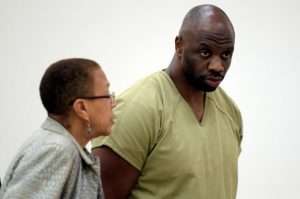 (NEW YORK POST) — He’s not a murderer — he just had a severed head in his freezer.

A Brooklyn pimp on trial for slaying his prostitute girlfriend and then butchering her body insists he didn’t kill the woman — he just chopped up her corpse and stashed her head in his freezer because he “didn’t want to be blamed” for her death.

A lawyer for Somorie Moses — also known as “Sugar Bear” — gave the novel defense during the opening statements of his Brooklyn Supreme Court trial for allegedly killing his gal pal Leondra Foster, then slicing her into nine pieces in 2017.

“He is not a nice man,” she conceded. “He is not someone you want your daughter … to date. You don’t have to like his lifestyle.”

Clark did not provide an alternate explanation for the 32-year-old Foster’s death.

Moses, 43, is charged with second-degree murder and concealment of a corpse in Foster’s Jan. 12, 2017, beating death inside his Flatbush apartment.

He allegedly threw Foster’s torso and other body parts into a garbage truck headed to a Bronx trash dump, but kept her head, hands and feet in his kitchen freezer.

Police closed in on Moses after finding the body parts at a Bronx waste transfer station, and tracing them to his apartment — where they allegedly found splattered blood and Moses’ frozen appendages.

They were found under a pile of frozen food and meats, authorities said.

He was charged with concealing the body parts 10 days after the slaying, as police continued their investigation into the grisly crime. Four days later, prosecutors charged him with her murder.

Madni said he used a rip saw to cut up the body, and later texted a neighborhood pal who worked for a private trash hauler.

“I have a favor to ask,” he allegedly wrote. “I want to get rid of some garbage.”

Moses later met up with the friend while he was on his trash route and took several garbage bags from the trunk of his car and chucked them into the truck, she told the court.

“You better help me or you’re going to end up like her,” Moses allegedly warned him.

The man is now a cooperating witness in the case against Moses. Prosecutors said he is among 30 witnesses they will call at the trial, which is expected to last three weeks.