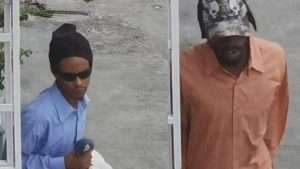 Two suspects in the GUT armed robbery in Hillsborough, Carriacou have been provisionally arrested in St. Vincent at the request of the Royal Grenada Police Force. The arrest, is a preliminary process to having the two men extradited from St. Vincent and The Grenadines.

Grenada issued an arrest warrant for the suspects on Sunday 27th October, 2019 to the competent authority in St. Vincent. The men appeared before a Magistrate Court in Kingstown on Wednesday 30th October, 2019 and were remanded to custody pending an extradition hearing.

Acting Commissioner of Police Edvin Martin and Director of Public Prosecution Christopher Nelson are in the process of making a formal extradition request which will be transmitted through diplomatic channels to the competent authorities in St. Vincent.

The two suspects are nationals of St. Vincent and the Grenadines.