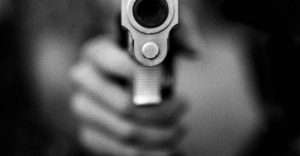 The incident took place at One Man Beach along Jimmy Cliff Boulevard.

Information reaching THE STAR is that some persons were at the beach around 10:30 p.m. when they were approached by three robbers.

Two of the thieves reportedly brandished guns and allegedly robbed the beach-goers of cash and a cell phone.

One of the gunmen reportedly demanded that one of the victims remove his clothes. He attempted to have sex with his male victim but was unsuccessful.

Following the incident, a report was made to the police. Quick actions led to the arrest of one of the men. The other two remain on the run.

A vendor told THE STAR that he has been hearing stories of similar incidents taking place in the area.

“I a hear sey a nuff youth them wul up wid gun pon the beach a night time, and rob dem, an rape dem, but most a dem feel shame fi report it,” the vendor said.

“A jus two weeks ago, a youth from Bogue and him girlfriend go pon the beach, and the same group a boy them hold dem up. Wi shock fi hear seh is the man get rape an the boy dem don’t do him girlfriend a thing,” he added.

The St James police have not commented on the matter despite numerous attempts by THE STAR to get an update.