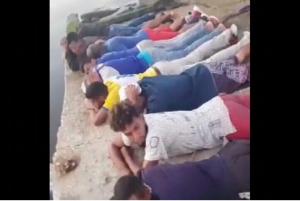 The nine males seen in a What­sApp video cir­cu­lat­ing were made to lie on their stom­achs while the six women and three chil­dren stood near­by.