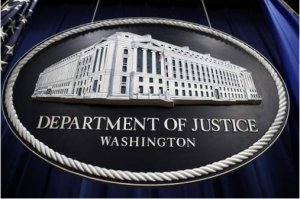 WASHINGTON, DC, USA (AP) — The Trump Administration is planning to collect DNA samples from asylum seekers and other migrants detained by immigration officials, and will add the information to a massive FBI database used by law enforcement hunting for criminals, a Justice Department official said.

The Justice Department yesterday issued amended regulations that would mandate DNA collection for almost all migrants who cross between official entry points and are held, even temporarily.

The official said the rules would not apply to legal permanent residents or anyone entering the US legally, and children under 14 are exempt, but it’s unclear whether asylum seekers who come through official crossings will be exempt.

The official spoke to The Associated Press on condition of anonymity before the regulations were published.

Homeland Security officials gave a broad outline of the plan to expand DNA collection at the border two weeks ago, but it was unclear then whether asylum seekers would be included or when it would begin.

The new policy would allow the Government to amass a trove of biometric data on hundreds of thousands of migrants, raising major privacy concerns and questions about whether such data should be compelled even when a person is not suspected of a crime other than crossing the border illegally.

Civil rights groups already have expressed concerns that data could be misused, and the new policy is likely to lead to legal action.

Justice officials hope to have a pilot programme in place shortly after the 20-day comment period ends and expand from there, the official said. The new regulations take effect today.

Trump Administration officials say they hope to solve more crimes committed by immigrants through the increased collection of DNA from a group that can often slip through the cracks.

The justice official also said it would be a deterrent — the latest step aimed at discouraging migrants from trying to enter the United States between official crossings by adding hurdles to the immigration process.

Currently, officials collect DNA on a much more limited basis — when a migrant is prosecuted in federal court for a criminal offence.