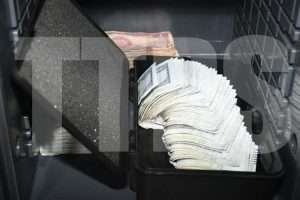 The operation, headed by the Special Operations Unit (SORT) team led to the discovery of 22 women.

Police say most of the women are non-nationals, with no identification documents.

Police say they were engaged in lewd dancing, prostitution, and child endangerment.

Many are believed to be children.

The women were detained.

And 20 men found at the property were arrested.

The Counter Trafficking Unit, Child Protection and Victim and Witness Units are investigating.