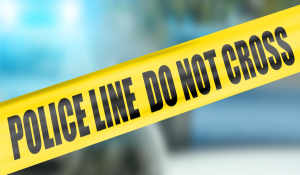 trinidadexpress.com- TWO children witnessed the brutal murder of their mother and shooting of their father at their Rancho Quemado home on Tuesday night.

The children, aged five and seven, were not harmed and have been handed into the care of relatives.

The murder victim has been identified as Ellen Joseph, 30, a student nurse. Her husband, Robertson Mendoza, 46, had emergency surgery at the San Fernando General Hospital and is reportedly warded in the Intensive Care Unit (ICU).

Police believe it was a hit, with a drug link and that the target may have been Mendoza, who is known to them.

Police reports said around 8.25 pm on Tuesday, Joseph, Mendoza and their two children were in their living room.Two gunmen broke in and fired shots, hitting both Joseph and Mendoza.

Neighbours who heard the gunshots flagged down a passing police patrol vehicle.

Mendoza and Joseph were taken to the Siparia District Facility, where Joseph died while being treated. Mendoza was stabilised and taken to the SFGH.

The gunmen escaped in a white Tiida which was later found burnt at Erin. Police said a numberplate was found and they are establishing whether it was fake or genuine.The vehicle will also be subjected to forensic testing to trace its ownership.

Meanwhile the police are scouring the sea in search for the killers, who may have used this as an escape route.

Insp Corrie of the Homicide Region III is continuing investigations.