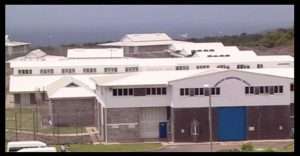 stlucianewsonline.com- Authorities are investigating this week’s “physical” assault of a female inmate by three male inmates at the Bordelais Correctional Facility, an official revealed Tuesday.

Normally male and female inmates are housed in separate units, so how did that happen?

Herman said the incident occurred in the vicinity of the medical and female unit, which are “adjoining units”. He said both males and females have access to the medical unit.

Herman explained: “Very seldom male and female inmates are together… the exceptions are in classes, in church, those incidents, but normally they’re not together…. Now the medical and female units are adjoining units…. You would have both males and females having access to that facility.”

He said “at some point” the assault occurred “in that proximity.”

“We have no further details, but it’s important that we allow the public to know that this incident did took place,” Herman said, who was days ago appointed director of the facility — his third such appointment.

Herman expressed that this issue should never have happened and the prison is now “reviewing policies and procedures”.

“Something obviously went wrong and that’s what we will have to decide upon completion of the investigation,” he said. “I know that procedures were not followed, so we have to look into why it was not followed and ensure that it doesn’t happen again.”

“I think there’s a lot of revamping to do, to go back to standard policies and procedures, and I think this incident really directs that that needs to happen,” he said.

The assault comes a day after a 17-year-old girl, Michealer Soumere of Bruceville, Vieux Fort, appeared in court for the offence of introducing a prohibited item into the prison.

Police said, last week, Soumere smuggled a cell phone into the Facility in an attempt to pass it on to an inmate — her brother. She was accompanied by her mother at the time.