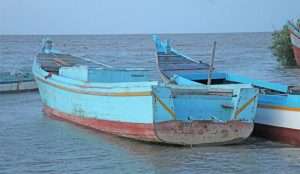 newsroom.gy- The bodies of two men from the North West District washed ashore on Thursday morning with gunshot wounds; it is believed that they were shot and killed while fishing.

The men have been identified as Eon Matthias and Rakesh Matthias.

He told the News Room that residents reported that the gunfire lasted about 30 minutes and it may have come from a vessel the two brothers were using.

The Police, with the help of the Army’s Coast Guard, went to the area but found neither the men nor the vessel.

However, on Thursday morning residents discovered the bodies of the men at Father’s Beach.

The Police examined the bodies and found gunshot wounds on both bodies and chop wounds on one, Commander Blanhum stated.

Police are continuing their investigations.