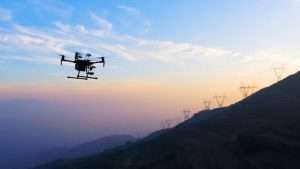 (TRINIDAD EXPRESS) — Criminals are now using aerial drones to smuggle drugs, cellphones and other contraband to inmates at prisons in Trinidad.

Prisons Commissioner Gerard Wilson disclosed that the use of drones had increased following the launch of the Prisons Interdiction Unit (PIU), a team of officers assigned to the entrances of all prisons to deal with the issue of contraband smuggling involving prison officers.

The unit was implemented in April.

In an interview last week, Wilson said within recent months prison authorities have discovered that drones were being used to transport contraband into the jails. And if officers were not prepared to take on the challenge, he said, the Prison Service would be “caught with our pants down”.

“There are now drones operating in the prison environment. It is not only officers involved in this, so I am now telling you, this is 2019 and if we are not up to the challenges we will be caught with our pants down,” said Wilson.