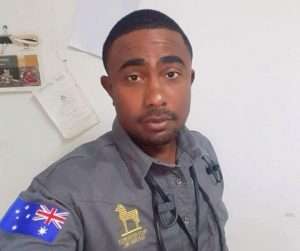 newsroom.gy- Troy Resources Guyana Inc. has “temporarily” suspended its mining operations in Karouni Gold Mine, Region Seven following the collapse of a mining pit early Tuesday morning that claimed the life of Ryan Taylor, who resided at Alberttown, Georgetown.

“We are deeply saddened by the tragic news and our heartfelt and sincerest condolences go to the family, friends and colleagues of our employee.

“We always make every effort to ensure the wellbeing of all of our people and this incident brings home the need for utmost vigilance in safety at all times,” the Company’s Managing Director, Ken Nilsson said in the statement issued Tuesday afternoon.

The News Room understands that the walls of the mining pit collapsed at about 02:25hrs Tuesday at the company’s Karouni Gold Mine, burying Taylor alive.

“Mining operations at Karouni have currently been temporarily suspended…There will be a full investigation by the Company and the relevant authorities,” Troy Resources said.

Taylor, who was employed as a Geologist with the company, was at the time standing on a three-metre embankment directing an excavator where to dig in the pit when the walls came down and covered him completely.

The News Room understands that employees worked together using the same excavator to remove dirt and gravel until the body was found at about 04:30hrs.

Troy Resources said it intends to hire the services of a grief counsellor to help employees cope with this tragic loss.

Taylor was described as a very hardworking person who loved his job.