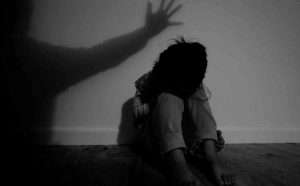 trinidadexpress.com- Police officers responding to a report of a Manzanilla mother beating her children with a pot spoon became victims themselves when the woman allegedly turned her attack on them on Monday.

The 40 year old woman allegedly lunged at police officers with a knife and beat them with her fists.

She was eventually arrested and was taken into police custody.

A neighbour contacted police around 4 p.m. and told police that the suspect was allegedly excessively beating her two children.

PCs Baran and Monsegue of the Manzanilla police station responded to the report at Warden Road.

They found the children, two girls aged 13 and nine years old, crying as a result of injuries to their arms.

Police said that while interviewing the woman she ran into the kitchen.

She allegedly grabbed a knife and lunged at the officers.

PC Baran allegedly disarmed her, but her fury did not subside.

She allegedly scrambled at the officers and dealt them blows on the back, chest and neck and shoulder.

The officers called for back-up and officers of the Eastern Division Task Force responded.

The woman was arrested and taken to the Sangre Grande police station.

Officers of the Child Protection Unit responded and together with a relative took the children for treatment.

The woman was expected to be charged with offences of assault and resisting arrest for the alleged attack on the police officers and appear before a Sangre Grande Magistrate this week.

CPU officers are continuing investigations into the alleged case of the abuse of the children.