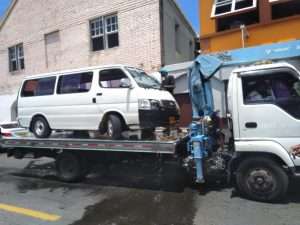 The driver of the passenger bus that plunged into the sea at The Carenage, (St. George’s) has been charged with Causing Death by Reckless Driving.

Tobin has been granted bail in the sum of fifty thousand dollars with two sureties. He is to surrender all travel documents, seek permission from the court to travel abroad and report to the Central Police Station every Monday and Friday between the hours of 6:00 am and 6:00 pm.

An autopsy determined that Theresa Altrice Decoteau, 62, of White Gate, St. John died as a result of drowning.