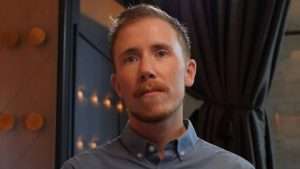 (BBC) — A transgender man who gave birth to his child has lost his legal fight to be registered as the child’s father rather than its mother.

Freddy McConnell, 32, was legally recognised as a man and had been living as a male for years when he gave birth in 2018.

Currently the person to carry and deliver a child is always registered as the child’s mother, even in cases of surrogacy.

Mr McConnell, a journalist who works for The Guardian, wants to be registered as father or parent.

He took legal action against the General Register Office, which administers the registration of births and deaths in England and Wales.

His legal team argued that the UK’s system of birth registration does not treat families equally and that being registered as “mother” infringed both his and his child’s human rights.

If he had won the case it could have paved the way for gender neutral birth certificates and his child would have been the first in the UK to have no “mother” on official registration documents.

Mr McConnell’s case was reviewed in the family division of the High Court.

A registrar told him on Wednesday that the law requires people who give birth to be registered as mothers.

Sir Andrew McFarlane, president of the family division of the High Court, said in the ruling: “There is a material difference between a person’s gender and their status as a parent.

“Being a ‘mother’, whilst hitherto always associated with being female, is the status afforded to a person who undergoes the physical and biological process of carrying a pregnancy and giving birth.

“It is now medically and legally possible for an individual, whose gender is recognised in law as male, to become pregnant and give birth to their child.

“Whilst that person’s gender is ‘male’, their parental status, which derives from their biological role in giving birth, is that of ‘mother’.”

Mr McConnell says he realised he was transgender in 2010 when he was 23 years old.

He started taking testosterone, living as a man and later had “top surgery” to remove breast tissue.

Speaking to Sky News earlier this month, he described his decision to carry his own child.

He said: “It felt like one option amongst several that I should consider.

So in 2016 he paused taking testosterone and waited for his monthly cycle to return before undergoing IVF treatment using a sperm donor.

He fell pregnant on the second attempt.

When he went to register his child’s birth he was told by the registry office that his only option was to register as the child’s mother.

His primary claim in court was that the law is being misinterpreted and he does have the right to be registered as the child’s father or in gender neutral terms as the parent.

Gender neutral birth certificates are already a reality in parts of America, Canada and Sweden.

But those arguing against change say it will make for confusing and inaccurate historical records.

Tammy Knox, a family lawyer at Penningtons Manches Cooper, said: “The decision needs to be considered against the backdrop of a changing legislative landscape on gender identity and legal parentage.

“(This is) particularly in relation to the wider public policy debate on children born to transgender parents.

“The predominant issue in the judgment is the biological identity of a parent compared to the social reality of family structure. Or in other words, the legal reality versus the practical family reality for children of transgender families.”