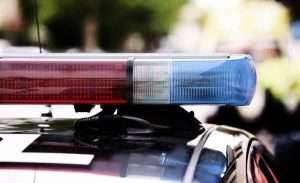 Police have summarily charged two bus drivers after investigating a social media post that sparked concerns about dangerous driving on our nation’s road.

Richardson Alexander of New Hampshire, St. George and Terrence Mitchell of Maran, St. John, were both charged with one count each of Dangerous Driving, in connection with a video that began circulating on social media in late August 2019.

The Royal Grenada Police Force thanks and encourages the general citizenry to continue to speak out against unsafe driving practices.

In a separate incident, police arrested and charged Denis Cato of Calivigny, St. George for the offence of Dangerous Driving. Additional charges of Uttering a Forged Document, Deceiving a Police Officer and two counts of Driving without a Driver’s License were also laid against Cato.

He was granted bail in the sum of fifteen thousand dollars with one surety to reappear at the St. George’s Magistrate’s #3 Court on November 11th 2019.